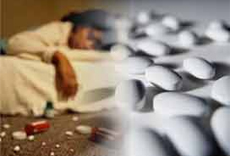 The recent New England Journal of Medicine review of studies on antidepressant drugs confirmed what some of us who know the literature well have long understood:

The recent New England Journal of Medicine review of studies on antidepressant drugs confirmed what some of us who know the literature well have long understood: that a careful review of unpublished research would largely cancel out the drug benefits that have been demonstrated in published positive studies and endlessly trumpeted in drug company propaganda. This definitive examination of studies reviewed by the U.S. Food and Drug Administration (between 1987 and 2004), appearing now in America's premier medical journal, is both deeply disturbing and surprisingly hopeful.

It's disturbing because it throws into relief, once again, the way drug companies can suborn science to profit. 37 of 38 positive randomized controlled trials comparing drugs to inert placebos were published, but, according to the NEJM authors' careful search, only 14 of 36 failed trials that were similarly designed appeared in scientific journals. Moreover, 11 of these latter 14 were presented as having a "positive outcome" even though they actually failed to meet the FDA's criteria for success. The bottom line is that the published studies on antidepressants are 94% positive, but an examination of unpublished as well as published data reveals positive results in only 51%. This means that antidepressants actually have nowhere near the therapeutic advantage over placebos that the drug companies claim.

Antidepressant drugs are a very big business. In 2005 U.S. physicians wrote 189 million prescriptions for them and individuals, insurers, and the government -that is, all of us - paid some 12 billion dollars for them, and many billions more to the physicians who prescribed them. Though a number of the tens of millions of Americans who have taken antidepressants have experienced symptomatic relief, a significant portion have also suffered their all too common side effects, including disturbances of gastrointestinal and sexual functioning, headaches, weight gain, and the increased agitation and desperate, even suicidal thoughts. Furthermore when these people stop taking the drugs, large numbers experience the highly uncomfortable and depressing withdrawal symptoms, which, not incidentally, are minimized in drug company literature. Even more disturbing, we do not know what the long-term negative consequences of these drugs will be: It took more than twenty years for researchers to document the life threatening heart valve deformities caused by the Fen-Phen diet pill combination which, like the most popular antidepressants, is a serotonin enhancing drug.

The other negative effects of widespread antidepressant use are far less easily quantifiable and speak to a more disturbing cultural issue. We are as a society enamored with instant gratification, with the kind of "quick-fix" that these drugs have promised us. But depressed people who do not get relief from drugs that are supposed to regularly work miracles tend to feel let down, indeed, more depressed, by their failure. And the promiscuous prescription of antidepressants can itself be psychologically disabling: In propagating the belief that a pharmacological quick fix is appropriate, it has turned countless people away from addressing the emotional, attitudinal, societal, and existential causes of their distress.

This leads us to the more hopeful side to the NEJM report, the kind of hope that careful scientific investigation can so often bring. These dramatic findings remind us that the quick fixes - pharmacological and otherwise - that seduce so many of us are likely to be illusory as well as improbable. It encourages those who suffer the very real pain of depression, and those of us who treat them, to refocus our efforts on the causes of this pervasive condition, not simply the symptoms. It also shows us once again that the placebo effect - the faith and hope we invest in our treatment- is just about as powerful as the drugs themselves, without, of course, any of the negative side-effects and dependency drugs produce.

Perhaps these findings will finally encourage us to invest this faith and hope - and our money-into other ways of understanding and treating depression. First and foremost, we have to recover our belief in our capacity to help ourselves. We also need to appreciate the very real power of healing, therapeutic relationships, and non-toxic, non-pharmacologic self-care approaches - including physical exercise, meditation, self expression and improved diet. In recent years all these have been demonstrated to help us to overcome the helplessness and hopelessness that are the hallmarks of depression, even as they enhance our physiological functioning and improve our mood.

2500 years ago Hippocrates admonished his students to "first do no harm." The NEJM study reminds all of us of the wisdom of this dictum, and its contemporary relevance.

James S. Gordon, a psychiatrist, is the founder and director of The Center for Mind-Body Medicine in Washington, and the author of the forthcoming book, Unstuck: Your Guide to the Seven Stage Journey out of Depression.