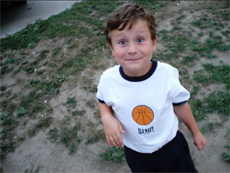 It has been often said, or implied, that people with Asperger's don't feel emotion. Anyone who's known me through the years can testify that that is absolutely not true.

It has been often said, or implied, that people with Asperger's don't feel emotion.  Anyone who's known me through the years can testify that that is absolutely not true.  As with many others with Asperger's, I feel emotion, and feel them intensely, sometimes more so than a person who did not have Asperger's.

When it boils down to it, I believe the root of this assumption goes back to the difficulties that many with Asperger's have with communication.  As Canadian writer A.J. Mahari, wrote in  "Difficulty Expressing Emotions Doesn't Mean We Don't Feel:"

"There is often quite a stark difference in the styles used to express and communicate emotions between those with AS and neurotypicals (NT's) which is not cause to assume that aspies don't feel empathy, sadness, compassion, happy for others and so forth. Speaking for myself, from my own experience, I often feel way too much though this is usually not very evident a lot of the time. Granted also that a lot of the way too much that I do feel is usually kept as being a part of my own world inner-experience and is not often shared with others. I do need to be asked often. I rarely just seek to share outwardly. People that get to know me come to understand this is not something that need be taken personally and that all they have to do is ask and I will answer.

Being differently abled in this aspect of expression is often an implied negation of aspie ability to feel. More aspies than not feel a tremendous amount of empathy, compassion, sadness, happiness, and so forth. What is at issue is their reticent expression. It is not natural for us to communicate and to express our emotions in a social/relational context the way that it is second nature to NT's. It feels foreign. It is work and requires effort and energy."

This difficulty in expressing emotions in a way that people outside the autistic spectrum can understand, can lead to ongoing challenges in personal relationships, both big and small.  An excerpt from An Asperger Marriage by Gisela and Christopher Slater-Walker, describes how a combination of social ineptness (not knowing how to appropriately approach the boss about needed time off), and the inability to express emotions in an understandable way created a major problem in their marriage:

"CHRIS: Scratch the surface of the professional literature about autism and Asperger syndrome and you will soon find that communication difficulties of one kind or another play a very central role in the diagnosis. Needless to say, therefore, that communication problems may be just about the most trying diffculty in any Asperger marriage. This is certainly true in our case....
GISELA: For me, one of the most frustrating aspects of our marriage has been the impossibility of discussion of any issue that may be at all emotive. Typically, problems would arise when I wanted to raise a point over something that Chris had done or not done.

The first time this happened was only three months after we had moved in together. Chris was supposed to pick me up in the afternoon from hospital after a minor operation for which I had had a general anaesthetic. He didn't arrive. Not only was I upset, but I grew increasingly embarrassed, as the nurse kept returning to see if I had at last been picked up. Taking a taxi was not an alternative, because the hospital was insistent that I be accompanied on the journey home by a friend or relative.

Eventually I rang Chris at work, and to my astonishment he was still there long after I should have been collected. He had been unable to bring himself to explain to his manager that he would like to leave to pick me up, and had been hoping to slip out without being noticed. I was very upset and pretty angry. Surely I was more important than a temporary embarrassment. Chris arrived, and I hoped for an apology and some concern for how I felt physically and emotionally, but far from it. He seemed cross and I became more and more cross myself. We drove home in silence, and Chris remained silent even after we arrived home. I saw to the supper for all of us, which made me even more unhappy and resentful. (There is nothing like self-pity and a sense of injustice to bring out the worst in me!)

Finally, six hours later, after some more 'probing' on my part, he said angrily that there was nothing he could say, and he was angry at himself for letting me down. But until then he had said nothing. His obvious regret was more than enough to make me feel better, and I was just sad that both of us had gone through six hours of misery. He has subsequently said that saying sorry in such a situation is hopelessly inadequate, when of course saying nothing is so much worse. And I know that, for me, a genuine 'Sorry' and gesture of affection goes a very long way.

Chris seems to think that I resurrect this incident because I'm still angry about it, but he is very wrong. I look back at it and remember it as one of those times that he ultimately let me realise how much I matter to him."

Situations such as these can cause people with Asperger's to be perceived as uncaring or as lacking accountability, while the reality may be the opposite - they may be internally beating themselves up, but just don't know how to communicate it,  make it right or how to comfort the other person.  They are simply, "At a loss."

Another area that can badly affect relationships is emotional regulation.  Just as the neurological system can be less than efficient in handling sensory input, so can it be with emotional input.  A person with Asperger's may feel raw emotion, but not be able to immediately identify it or its cause.  Not only does this cause breakdown in communications in common, everyday situations, it can also be very dangerous.

The inefficient processing of emotion can be very draining - as the emotion temporarily takes over it can impede awareness and rational thought.  The emotional warning signs that are meant to protect you from difficult or harmful situations may malfunction, or work with such a delay that they lose effectiveness.   This means that they may be less than prepared to defend themselves verbally (or, in bad situations, physically) in an argument or conflict.

When I think of this, I think of the old stereotypes, used often in movies and sit-coms, of a school bully who says something mean to a "geek" type character, who doesn't immediately respond in an appropriate way, but then a moment later says, "Heeey!"  The indicators that should have told him that the teasing was not OK, worked at such a slow pace, that his own delayed response becomes further feed for the bully, who sees it as a sign of weakness and/or stupidity.  Typically, it garners a laugh from the TV or movie audience, too.

At worst, the grown up equivalents of these situations can be much less than funny.  Since the social issues of those on the spectrum often cause them to be naïve, it can be very easy for them to be preyed upon.  An adult who gets involved with a violent, abusive, or manipulative person, is then doubly vulnerable.  In an emotional situation the delayed response/awareness may then open them up to further exploitation.

It can also be dangerous, because the energy and focus necessary to sort things out when in an emotional state can also cause someone to be injured do to a reduced awareness of the physical world around them.  In that state, a person could walk unaware into a dangerous area of town, walk out in front of a moving vehicle, or trip or fall.

"The AS spouse's poor communications skills are very obvious during marital arguments.   They lose their train of thought and seem to revert to a purely emotional state.  Sometimes that emotion is anger, but more often it is hurt.  Unfortunately, the AS spouse is often so unaware of her feelings that she doesn't even realize when she is upset.  One husband commented that he knew when his AS wife was upset or stressed with him before she did because she would start talking like Data of the 1990s Star Trek series.  She would stop using contractions and formalized her speech. For some, it's almost as if the excessive emotion has cut of the analytical part of the brain.  They stumble, are completely unable to explain their actions.   And they become locked into a fixed thought pattern, which they demonstrate by resorting to repetition of the same few phrases.   When the conflict stymies and the spouse withdraws, the AS spouse may follow the spouse around seeking a resolution.  Needless to say, this behavior is annoying and can appear like harassment.  To make matters worse, when they calm down and collect their thoughts, even if it's several hours later, they will reengage to better explain their views only to be accused of wanting to reignite a fight."

Another reason that people with Asperger's may be perceived as "not having emotion" is that they may have different triggers than a person who did not have Asperger's.  Because people with Asperger's tend to be concrete and literal, they may struggle to identify with, and therefore be emotional about, situations which they do not have a direct connection to, such as global tragedies, or people on the news.  But, they may be very upset and emotional if their schedule is changed, or their environment is tampered with in some way.  My stepfather, whom I strongly suspect had Asperger's, seemed very untouched by large scale tragedies in the news, but would become extremely upset if his ashtray was moved from its customary location.

Of course, like most situations, there can be a plus side to the emotional difficulties, too.  I've heard of some people with Asperger's who were very good in certain crisis situations, because of their emotional detachment.  The delayed emotional response gave them the initial ability to respond to a crisis without feeling anything at all, then if they could learn to not engage the emotion and defer its processing to an appropriate time, they were then able to keep a cool head.   I have myself used this tactic in certain problem situations at work.  My ability to not immediately emotionally react to a boss or client that was being testy or unreasonable has often been a distinct advantage, and saved me from the pushback or retribution others received.  However, in those situations, self-monitoring is critical to ensure that you're being assertive and looking out for your own interests (not being a doormat).

On the bad side, unchecked, these emotional processing and communications issues can wreak havoc on a person's ability to build and sustain adult relationships.  For those of us who strongly desire human interaction, they can create very painful situation.  As with many things, though, I think awareness is the key.  If you, and those that care about you, are aware of why these issues happen, it makes a big difference.  In fact, it does some of the communication for you, because it can change the paradigms of both you and the other person, so that your presuppositions (see The Power of Presupposition) are not running at cross purposes.  You know how to interpret each other, and, crucially important, what's going on with yourself.  I continue to learn every day - and I hope never to stop.