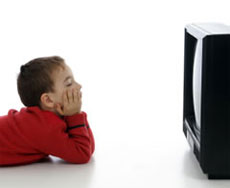 American researchers looked at the viewing habits of 4142 healthy adolescents and followed them up seven years later, by which time 308 had developed depression

THESIDNETMORNİNGHERALD - Teenagers who spend a lot of time watching TV or playing video games are at higher risk of developing depression as young adults, a study has found.

American researchers looked at the viewing habits of 4142 healthy adolescents and followed them up seven years later, by which time 308 had developed depression.

When the study began in 1995, DVDs and the internet were not widely available and the teenagers used different electronic media for about 5.7 hours a day on average.

The study, published in the journal Archives of General Psychiatry, found that each additional hour of daily television viewing significantly increased the risk of depression.

The team leader, Professor Brian Primack, of the University of Pittsburgh, said the results did not prove TV viewing caused depression.

But the circumstantial evidence suggesting TV was the culprit was strong, he said.

Brett McDermott, an expert in adolescent mental health with the national depression initiative, beyondblue, said spending too much time watching TV or using other electronic media could have a cascading effect.

Less time spent on school work or sport could lead to lower achievement, which could result in lower self-esteem.

But parents "should not just immediately turn off the power", Professor McDermott said.

They could plan family activities that involved exercise, encourage their teenager to see friends or join in with them. "Watching shows on TV as part of a family could lead to a discourse."

An adolescent psychologist, Michael Carr-Gregg, said that one of the first signs of depression was withdrawal.

"Watching TV or sitting in front of the internet is a very clever way to mask depression," Dr Carr-Gregg said.