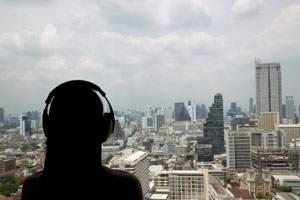 BRAIN training in a computerised mind gym could help people with schizophrenia cope with the debilitating cognitive problems caused by the condition.

BRAIN training in a computerised mind gym could help people with schizophrenia cope with the debilitating cognitive problems caused by the condition.

The obvious schizophrenic symptoms - such as having animated conversations with people who aren't really there - can be controlled by antipsychotic drugs. However, people with schizophrenia find their difficulties with learning, remembering, making decisions and processing information even more problematic than hallucinations. These symptoms have proved hard to treat, making it difficult for people with the condition to hold down a job or deal with social situations.

Now there is hope. At the San Francisco Veterans Affairs Medical Center, a team led by Sophia Vinogradov has put 55 volunteers with schizophrenia through "brain fitness" training, using software made by the firm Posit Science, also in San Francisco.

The brain fitness software starts by giving volunteers basic tasks such as identifying whether the pitch of various tones rises or falls (see "Can I hear that again?") and ends with a comprehension test of a spoken narrative.

After the training, Vinogradov's volunteers performed better in cognitive tests, including tests of verbal learning and memory, compared with a control group who played simple computer games. The improvements were about twice as great as those seen in previous trials of cognitive training, Vinogradov's team reports in a paper to appear in The American Journal of Psychiatry.

This is not the first attempt to use computer tools to treat the cognitive problems that come with schizophrenia, but it is more intensive than earlier efforts. Each volunteer did about 50 hours of brain training over 10 weeks.

The approach is also unusual because it initially focuses on improving a person's ability to process sensory information, before honing higher-level cognitive processing.

This "bottom-up" approach is crucial, says Vinogradov, who likens having the sensory difficulties that come with schizophrenia to trying to listen to a talk show on a badly tuned radio. Tuning the radio to remove the static allows the listener to hear the underlying discussion. Similarly, training sensory processing frees volunteers with schizophrenia to work on higher-level cognitive tasks.

The big test will be whether these gains lead to an improved ability to hold down a job or deal with social situations. One encouraging sign has already come from a follow-up study on some volunteers, who six months after the training had improved their scores on a questionnaire that assessed quality of life.