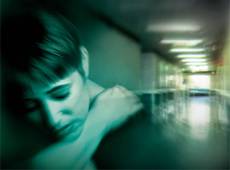 After 25 years of psychiatric research attempting to single out a genetic component to verify the medical existence of schizophrenia, a panel of medical researchers from Australia...

After 25 years of psychiatric research attempting to single out a genetic component to verify the medical existence of schizophrenia, a panel of medical researchers from Australia, France and the United States concluded that no such genes exist, nullifying the genetic theory that psychiatrists have passed off as factual despite any conclusive evidence. The study entitled "No Significant Association of 14 Candidate Genes with Schizophrenia in a Large European Ancestry Sample: Implications for Psychiatric Genetics," published in the American Journal of Psychiatry found there is no significant association of schizophrenia with hereditary markers previously thought to be indicative of it.

"Research has never shown any link between genes and schizophrenia," said Mary Boyle, emeritus professor of clinical psychology from the University of East London. "There has been a vast amount of time and money spent. Yet nothing has come from it. If people want to continue this research, good luck to them. But my worry is that they are being given public funding."

Brian Beaumont, president of the Vancouver chapter of the Citizens Commission on Human (CCHR) Rights said. "This latest study reinforces their call for governments to stop wasting hundreds of millions in taxpayer dollars for psychiatric research that has failed to find a single verifiable cause for mental illness in more than fifty years".

According to figures from the National Institutes of Health, an average of over $350 million has been spent on schizophrenia research each year since 2004, approximately $1.4 billion in the past four years alone. This exorbitant government spending has played a role in justifying the development and subsequent approval of dangerous, mind-altering drugs that are sold to millions who have been convinced that the diagnosis of schizophrenia is a verifiable medical condition on par with physical disease.

Decades ago, the late psychiatrist Loren Mosher, former chief of schizophrenia research for the National Institute of Mental Health (NIMH), from 1968 to 1980, questioned the psychiatric pretense that schizophrenia is a type of physiological disorder requiring psychotropic drugs to correct it, and even proved that patients diagnosed as schizophrenic could be successfully treated without drugs as early as 1971.

Mosher's viewpoint that schizophrenia is not a physiological condition requiring drugs but a psychological one requiring humane, workable treatments and his approach to non-drug treatments, has been validated not only by the schizophrenia gene candidate study — showing there is no genetic marker to validate schizophrenia as a genetic medical condition, but also by several recent medical studies, including one entitled "Factors Involved in Outcome and Recovery in Schizophrenia Patients Not on Antipsychotic Medications: A 15-Year Multifollow-Up Study," which proved that after 15 years, people with schizophrenia who discontinued taking the anti-psychotic drugs prescribed them fared better than patients who took the drugs.

For almost 40 years, CCHR has been exposing the fraud of psychiatrists promoting biological factors to mental disorders that have never been scientifically proven to exist, in order to justify administering potentially lethal drugs to millions. Antipsychotic drug sales are a $19 billion industry.