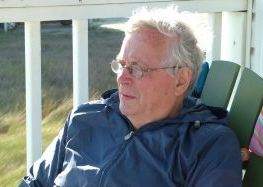 The ability to imagine the future is taken for granted by most people.

The ability to imagine the future is taken for granted by most people. A new Harvard University study reveals that the ability of older adults to form imaginary scenarios is linked to their ability to recall detailed memories.

According to the study, episodic memory, which represents our personal memories of past experiences, “allows individuals to project themselves both backward and forward in subjective time.”

Therefore, in order to create imagined future events, the individual must be able to remember the details of previously experienced ones extract various details and put them together to create an imaginary event, a process known as the constructive-episodic-simulation.

Harvard psychologists Donna Rose Addis, Alana Wong and Daniel Schacter supported the hypothesis using an adapted version of the Autobiographical Interview in which young and older participants responded to randomly selected cue words with past and future scenarios.

When compared with young adults, the researchers found that the older adults displayed a significant reduction in the use of internal episodic details to describe both past memories and imagined future events.

The results of the study, which appear in the January 2008 issue of Psychological Science, a journal of the Association for Psychological Science, not only reveal that there is a link between age-related memory deficits and future planning in older adults, but raise questions concerning the involvement of other types of memory, as well.