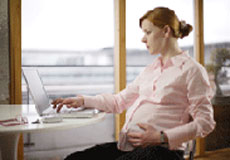 How to Predict Postpartum Depression: Blood Test or Screening?

This experimental test, which is being trumpeted in news headlines and could theoretically spot the "baby blues" before they set in, sounds great at first blush.

USNEWS.COM - Am I the only one out there concerned about a new blood test on the horizon for predicting postpartum depression? This experimental test, which is being trumpeted in news headlines and could theoretically spot the "baby blues" before they set in, sounds great at first blush. That is, until you read the study that was published yesterday in the Archives of General Psychiatry. The study, which linked increased levels of a stress hormone made by the placenta to postpartum depression, involved a measly 100 women, just 16 of whom developed depressive symptoms following pregnancy. What's more, it is the first study of its kind to actually find a link between the hormone and depression. Only one previous study examined the possible connection—and it found no link.

Let's just say, though, for argument's sake that this blood test really does have some predictive value. Would it really help women, or could it actually harm them? If your obstetrician tells you that you're going to be down in the dumps or even suicidal following childbirth, that old power of suggestion could factor in to how you perceive the abrupt changes that baby brings.

What worries me more is that such a blood test would medicalize depression to the point that ob-gyns will be even less likely to actually ask women how they're feeling. Thinking back on my three pregnancies, I can't recall ever being asked if I was coping well either before or after I gave birth. The sad thing is, my experience was not unique. At a 2007 meeting of the American College of Obstetricians and Gynecologists, Paul Gluck, a professor at the University of Miami School of Medicine, lambasted his colleagues for not screening for depression, citing a survey showing that only 2 of 50 ob-gyns reported doing so. He pointed out, however, that it can be very challenging for doctors to distinguish real depression from normal pregnancy mood swings. Telling the difference becomes even tougher in new moms, who are exhausted, overwhelmed, and extremely sleep deprived.

The price tag for not identifying and treating depression during pregnancy is quite high: an increased risk of miscarriage, stillbirth, preterm delivery, and low birth weight. Depressed pregnant women are also less likely to seek prenatal care and more likely to smoke and drink. After delivery, depression can hinder bonding between a mother and her child, leading to emotional, social, and learning issues in the child later on. And let's not forget those notorious cases of women with severe postpartum depression beating or even murdering their babies.

Some states have come to the rescue by requiring doctors and hospitals to perform formal depression screenings. New Jersey now requires doctors to screen all pregnant women for depression both before and after they give birth. The state also provides free educational materials on the condition. In New York, hospitals are required to inform postpartum women about depression. If you're pregnant, I hope that you've already heard about this issue from your doctor. But if not, you can take your own screening here. In my book, it's better than an experimental blood test any day.