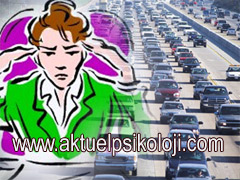 Pollution, traffic and real estate expenses aside, there may be another reason why you should think twice about moving into big cities. Schizophrenia.

CHENNAI: Pollution, traffic and real estate expenses aside, there may be another reason why you should think twice about moving into big cities. Schizophrenia.

Studies across the world have shown that with people genetically predisposed to the brain disorder, the move to an urban area may be the trigger to causing psychosis.

Schizophrenia (meaning 'split mind') is a brain disorder that occurs in between 7 and 17 people per 1,00,000 said Professor Eileen M Joyce of the Institute of Neurology, Queen Square, London, delivering the 22nd K Gopalakrishna Endowment Oration here. People with schizophrenia have fewer connections between brain cells than normal, leading to cognitive impairment and a detachment (split) between thinking and emotional responses.

One of the factors is city living. "Studies have shown that if a family moves from the country to the city, it is more likely to bring on schizophrenia.

This risk is minimised if the family moves back to the country,'' Prof Joyce said.

"The concept of social capital shows us that not having social interactions could lead to intense stress, which could precipitate psychosis in individuals at risk for schizophrenia.

This seems to happen in cities with either a breakdown in family relations or absence of a social circle,'' she said. "In the country there seems to be more social support,'' she pointed out, adding that this could be a reason why schizophrenics did better in developing countries where there was a larger social or extended family network of support.

Other risk factors included smoking cannabis, complicated births - especially when there was lack of oxygen to the brain - and malnutrition.

In the hundred years or so since the disorder had first been documented, science had come a long way, Prof Joyce said. "But it may still be many more years until we find drugs that can cure schizophrenia.