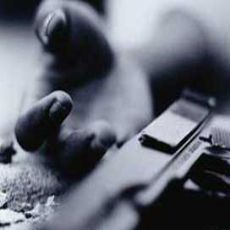 New research suggests that patients with chronic pain are more prone than others are to consider suicide. The increased risk remained even when study authors took the possible influence of mental illness into account.

"This is further evidence that we need to be aware of the heightened risk for suicide in those with chronic pain," said Mark Ilgen, lead study author. "More work is needed to figure out who's going to be at the greatest risk and how can we intervene and decrease this risk."

Ilgen and colleagues conducted the study to gain perspective on the link between pain and suicide in the public. Most prior research on this topic had looked only at patients already receiving treatment for their pain, said Ilgen, a psychologist at the Ann Arbor VA Hospital and assistant professor at the University of Michigan.

The researchers examined information collected during a 2001 to 2003 epidemiological survey of 5,692 English-speaking adults in the United States who answered questions about chronic pain and suicidal thoughts in the last 12 months.

The study findings appear in the November/December issue of the journal General Hospital Psychiatry.

After adjusting the figures to account for the effect of mental illness and chronic physical conditions, the researchers found that those who suffered from head pain were almost twice as likely as others to report having suicidal thoughts. They were also more than two times as likely to report suicide attempts.

Those with other types of pain not related to arthritis were four times as liable to have tried to commit suicide.

The researchers also found that almost 14 percent of those with three or more pain conditions reported suicidal thoughts and almost 6 percent of these individuals reported a suicide attempt.

"Pain is one of those factors that may make someone feel more hopeless and less optimistic about the future and increases the chances that they will think about suicide," Ilgen said.

Still, "the vast majority of people with any of these forms of pain are not suicidal," he said.

Thomas Joiner, a psychology professor at Florida State University who has written a book on suicide motivations, said people accustomed to pain might think they could tolerate suicide.

"The natural and deep fear of pain, injury and death stops people from hurting themselves, and this includes people who have high desire for suicide," Joiner said. "It might not be as hard for someone who has already had to contend with a lot of physical pain."

"This particular view has not gotten enough attention, probably because, in the public mind, a kind of fearlessness does not seem to fit with suicide. But here, the public mind is mistaken," Joiner said.