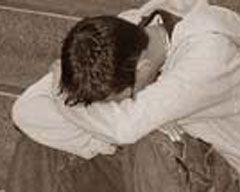 Andreas Whittam Smith: This is not the Great Depression

The famous remark by Franklin Roosevelt that "the only thing we have to fear is fear itself" was made in the short speech he gave immediately after being sworn in as the new President of the United States on Saturday, 4 March, 1933.

The phrase reverberated around the world. For the first time radio stations, including the BBC, had broadcast the ceremony. Roosevelt struck a chord because he spoke to the pervasive loss of confidence that was one of the causes of the Great Depression. Three years later, Keynes defined the problem as the paradox of thrift. If individuals prudently reduce their spending during times of recession, then economic activity will decline further and a downward spiral will be created. Facing as we do a similar threat today, President Roosevelt's words are remembered and repeated.

Do not forget, though, how great are the differences between then and now. When Roosevelt came into office, unemployment in the US was running at about 30 per cent, a proportion three times greater than anything we are likely to experience. Nor were there any welfare payments for people out of work. The Dow Jones index had dropped by 90 per cent since it peaked in the autumn of 1929. This time the stock market has declined by about 40 per cent since the summer of 2007, though it could fall further. Then, US banks were failing on almost a daily basis. The Federal Government provided no help. No bank was rescued. Ten million depositors lost their savings.

As inauguration day approached, the situation continued to deteriorate. By the close of business on the day before Roosevelt became president, 32 states had closed all their banks until further notice, six states had closed most of them and the remaining states were limiting withdrawals to small amounts. In the recession we face, no bank with retail depositors has been allowed to fail. We are not going to go through anything approaching the intensity of the crisis that enveloped Roosevelt as he spoke from the rostrum on the steps of the Capitol.

Roosevelt confronted fear straight away. His defiance stood at the opening of his speech rather than being its conclusion. "So, first of all, let me assert my firm belief that the only thing we have to fear is fear itself-nameless, unreasoning, unjustified terror which paralyzes needed efforts to convert retreat into advance." Then after describing the misery of the people: "the withered leaves of industrial enterprise lie on every side; farmers find no markets for their produce; the savings of many years in thousands of families are gone", he turned to what he called the "money changers".

"Faced by failure of credit they have proposed only the lending of more money. Stripped of the lure of profit by which to induce our people to follow their false leadership, they have resorted to exhortations, pleading tearfully for restored confidence. They know only the rules of a generation of self-seekers. They have no vision, and when there is no vision the people perish." And he went on: "The money changers have fled from their high seats in the temple of our civilisation. We may now restore that temple to the ancient truths. The measure of the restoration lies in the extent to which we apply social values more noble than mere monetary profit."

Today many would say "Amen" to that. Finally, after laying out the broad sweep of the New Deal he came back to the financiers. "In our progress toward a resumption of work we require two safeguards against a return of the evils of the old order: there must be a strict supervision of all banking and credits and investments, so that there will be an end to speculation with other people's money; and there must be provision for an adequate but sound currency."

Roosevelt's avoidance of any pointed reference to bankers or speculators or financiers and his use of the biblical term money changers was probably deliberate. In his biography of Roosevelt, Conrad Black describes this lack of specificity as the beginning of a consistent and inspired policy to channel all the anger and frustration of those terrible times against unnamed forces. In this way he dispersed the country's rage harmlessly.

Nonetheless the new President's first task was to attend to the banks. He immediately declared a bank holiday under which the very few that had remained open through the election would close their doors for a short period. This would give time for bank directors to see if they could find means of bolstering their balance sheets. By the time the holiday was over, some had been able to do so. But many remained shut. The situation had been stabilised, albeit at substantial cost.

Then from 9 March, Roosevelt began to send a stream of bills to Congress. He started from the programmes initiated by his predecessor, Hoover, the George W Bush of his day. The major relief effort for the unemployed was given a new name and expanded. A Civilian Conservation Corps was established which hired 250,000 unemployed young men to work on rural local projects. Mortgage relief was provided for millions of farmers and homeowners. Federal funds were directed into railroads and industry. Congress did the President's bidding not just because the election had provided a new and decisive mandate. Congress was responsive also because the economic situation was extremely dire. Likewise Barack Obama has recently been authorised to tackle the 2009 recession with despatch and vigour. But whether Congress will be equally co-operative this time remains an open question.

At the same time, however, just as Roosevelt was entering the White House, dramatic changes were taking place in Germany whose consequences would in due course come to dominate the President's second and third terms. The German Parliament building went up in flames on 27 February, and on 5 March, the day after Roosevelt's inauguration, Hitler emerged victorious from a general election with a 52 per cent share of the vote. The march to the Second World War had begun on Roosevelt's first day in office. It wasn't only fear of economic ruin that he would confront, but the terror unleashed by Nazi Germany.